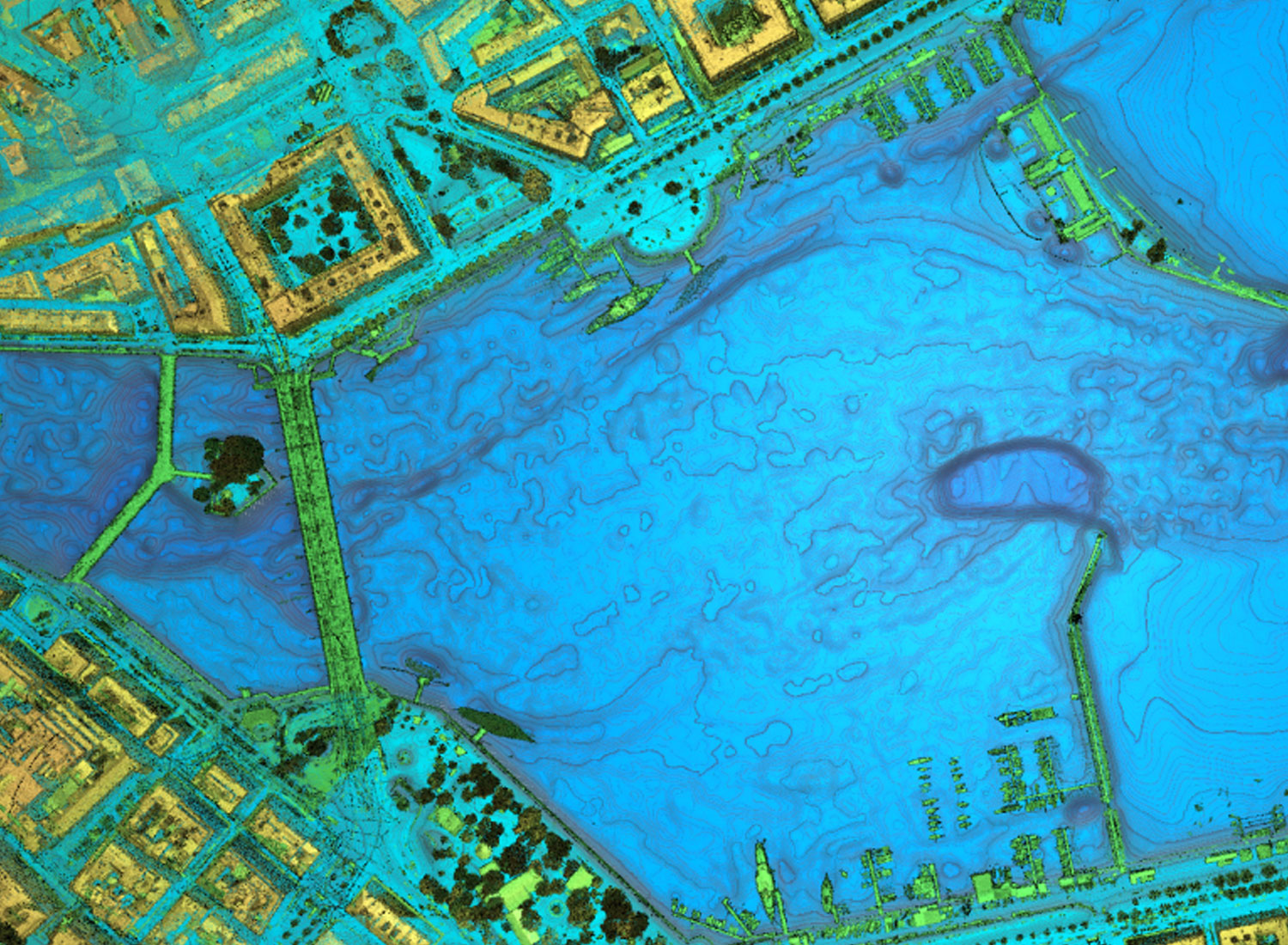 For deriving a new detailed terrain model of Lake Geneva – on behalf of the Swiss Cantons Vaud and Valais as well as the Swiss Federal Office of Topography Swisstopo – a high resolution topobathymetric lidar survey including aerial RGB imaging was performed along the lake shoreline in April and October 2016. The lake ground was captured down to 12m depth. The initial raw data processing on strip adjustment and georeferencing the lidar point cloud was followed by point classification for terrain above water, lake ground and water table. After the refraction and runtime correction was applied, the lidar terrain points (above and below water) had been combined with high resolution echo sounding data, which were acquired by the University of Bern in Switzerland. From the combined lidar/MBES dataset a 2x2m DTM and 2m/10m depth contour lines had been extracted. Additionally, the RGB images (GSD 7cm) from the airborne survey had been georeferenced and delivered.

This website uses cookies to improve your experience while you navigate through the website. Out of these, the cookies that are categorized as necessary are stored on your browser as they are essential for the working of basic functionalities of the website. We also use third-party cookies that help us analyze and understand how you use this website. These cookies will be stored in your browser only with your consent. You also have the option to opt-out of these cookies. But opting out of some of these cookies may affect your browsing experience.
Necessary immer aktiv
Necessary cookies are absolutely essential for the website to function properly. These cookies ensure basic functionalities and security features of the website, anonymously.
Functional
Functional cookies help to perform certain functionalities like sharing the content of the website on social media platforms, collect feedbacks, and other third-party features.
Performance
Performance cookies are used to understand and analyze the key performance indexes of the website which helps in delivering a better user experience for the visitors.
Analytics
Analytical cookies are used to understand how visitors interact with the website. These cookies help provide information on metrics the number of visitors, bounce rate, traffic source, etc.
Advertisement
Advertisement cookies are used to provide visitors with relevant ads and marketing campaigns. These cookies track visitors across websites and collect information to provide customized ads.
Others
Other uncategorized cookies are those that are being analyzed and have not been classified into a category as yet.
SPEICHERN & AKZEPTIEREN